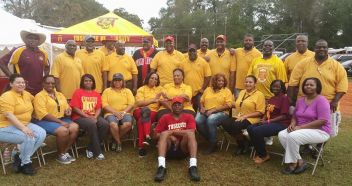 In 2015, SGT established the SGT Football Memorial Scholarship Awards. The annual awards are given during the Tuskegee University President Essay Contest and Awards Programs to honor the legacy of Golden Tigers Football.

In 2016, SGT adopted bylaws; elected officers; and was incorporated in the state of GA as Skegee Golden Tigers, Inc.